Times continue to change and it seems like relationships in college are becoming more and more casual.  The term hooking up is thrown around often, but I find that not everyone means the same thing when they use it.  How would you define hooking up?  Wikipedia refers to hooking up as certain types of sexual activity outside the context of a romantic relationship.  Wikipedia also goes on to say that this term is used inconsistently…and that is the point of this post. 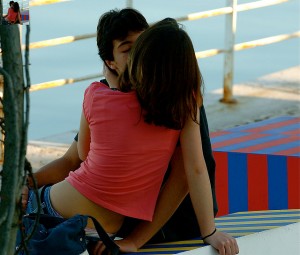 When I’ve discussed this issue with students I have found that there is some ambiguity around the subject of hooking up.  It could mean that someone is cheating on their partner when they hook up with someone else.  Some people only refer to hooking up when they are cheating on their girlfriend or boyfriend.  It could mean having a one night stand.  For some people they only hook up with someone they know for one night.  They never plan to have sex with this person again and so they refer to it as a hook up.  Sometimes anonymous sex is referred to as a hook up.  This is when someone meets someone and has sex with them within the same day.  They never get to know that person and never see them again.  They basically use each other for sex and quickly move on.  Other people refer to hooking up as an extended casual sex relationship.  The point is to not get emotionally involved and use the relationship for sexual pleasure alone.  It involves meeting for casual sex multiple times, but without any form of  future commitment.  Some people state they are hooking up when they have sex with the same person multiple times yet have no emotional commitment to them.  A hook up can also be with someone who is a friend but not someone you are involved with in a romantic way.  There is an emotional attachment, but both parties have agreed to keep the sex part casual.  Or what is also referred to as “friends with benefits”.

The moral of the story is that hooking up can mean a few different things, but 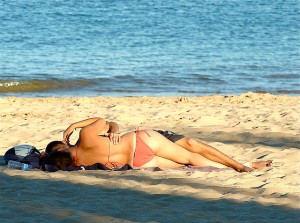 the word casual is the backbone of the definition.  You may want to clarify what kind of hook up you are getting involved in before proceeding.  Also, you need to know yourself well enough to know if you can keep things casual.  Different personality types have an easier time doing this than others.  Some people form attachments more quickly and sex can initiate feelings in some cases.

It is fine to avoid hooking up if it isn’t going to fulfill your needs.  It may seem like everyone is having casual sexual relationships these days so the urge to do the same can be powerful.  It is a great idea in theory, but can have a lot of harmful consequences if you aren’t smart and careful about your choices.  Remember that STI’s are often spread though casual sexual encounters.  Your risk of getting an STI goes up with every person you have sex with.  It may also affect trust issues in future committed relationships if you are honest about how often you were hooking up while single.  We all like to think we are open minded, but when someone says they have had sex with a certain number of people it can affect how that person is then perceived.  It also can bring out insecurities and jealousy in a current partner.  Remember that what you do now can have a great impact on what happens in your future.  So whatever your definition is for hooking up, think through what choices are right for you before going with the flow.

3 comments on “Hooking Up”