I’m doing some research to find materials to hand out for International Coming Out Day on October 11th.  I found a great website, LGBT Campus, which has a lot of great ideas and materials for helping campuses become more LGBT friendly.  I found “The Coming Out Monologues” written by Texas A&M students and downloaded the PDF.  I plan to share a few of these monologues in my blog.  Here is the first titled, “Nocturne”

It all started with the thoughts.   A fleeting word or feeling as I saw a guy from a distance.  “He’s kind of…, or I really like…”  Not even complete before I brushed them aside.  Not me, anyone but me.  I couldn’t be gay.  I thought to myself, “I can’t be gay because I’m smart, I’m cool, my mom won’t approve, I’m athletic, because I’m a percussionist, etc.”  Excuse after tired excuse, half of them made no sense at all.  The truth was, I was trying to say “I’m not gay because I’m not like them.”  “I’m not gay because that’s not what I want!”  Without even knowing who they were.

I had this idea of gay people in my head.  They were arrogant, narcissistic, promiscuous, feminine, and sinful.  I would sit on the bench outside my apartments in the dead of night, looking at the night sky and try to ponder the gay away.  In actuality, I knew these things weren’t always true but I held onto them because they 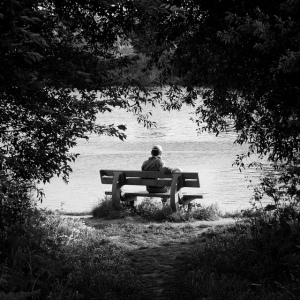 were the only thing that kept me away from accepting the truth.  I was one  of them.  I knew the whole time.  I knew it but I tried repeatedly to rationalize the facts away, and this cerebral dance of the dusk I did every night was the only thing that slowed my path to the eventual truth.  But I had been doing some thinking for a long time.  I sat under those stars and I steadily began to realize that no matter how much I didn’t want it to be the truth.  It was.

I liked boys.  I liked boys and I like them a lot.  I didn’t officially come out of the closet until my sophomore year of high school.  I remember it well.  It was the most perfect timing.  I had just moved to a new school, so I had free reign as far as creating my image was concerned.  But then a new conundrum occurred to me.  I’m gay, but what “kind” of gay am I?  What kind of gay should I be?  MTV and LOGO had filled my head with this idea that every gay belongs to a genre like a song or something.  Hmm, if I had to pick a type of song to describe me, it would definitely be the nocturne.  For those that don’t know, a nocturne is a piece of music that is inspired and usually evocative of the night.  It’s feel mixes with the night air flawlessly and it’s tone seems to make the stars sparkle all the brighter.  They are soft, lucid, dreamy, and ethereal.

I’ve found that I’m a different person at night.  During the day, I’m busy, rushed, full of energy and usually a bit out of it.  But when night-time comes, I’m calm, contemplative, full of a kind of daring, emotion,  and clarity of thought that only night-time seems to bring.  There’s just something about the brightness of the stars on the inky black of space and the night air that just takes me to my most comfortable place.  Takes me to myself I guess you could say.

But I eventually learned these thoughts weren’t quite correct.  Just like music varies and sometimes doesn’t fit into a specific genre, gays are very diverse.  Sure everyone has their favorite kinds, but no one listens to one thing only.  There’s no rule that says you must “choose” what kind of gay you are.  No one will strike you down if you aren’t really masculine or really feminine.  Lightning won’t burn you to a crisp if you’re not the most fashionable guy at your job, school, church, etc.  You don’t have to learn an art or play a sport or work out 24/7 if you don’t want to.  And you will not be executed if you dislike Cher and Lady Gaga!  I promise!  What’s important is that you do what you like to do, act the way you would like to, and overall, just be who you are.

The ones that matter don’t mind and the ones that mind don’t matter.  And you’ll enjoy yourself a lot more, trust me.  Things after that were smooth sailing.  I came out to quite a few other people.  Of course I had my rejections and of course people talked.  But just as I expected most of my friends didn’t mind at all.  One of the times that I really treasure is when I found out that my drum-line buddies knew I was gay.  Everyone knows that gossip spreads like wildfire in high school.  I never really told them, but of course they heard the rumors and a few of them were brave enough to ask me if they were true.  At this point I wasn’t ashamed, so I told them the truth.  They took it quite well.

I had expected to be ostracized and disrespected with the raw maleness of drum-line and all.  I had expected to be shunned and exiled.  But all of them were really cool about it, nothing changed about our friendship except for a gay joke here and there.  I was still invited to the football matches against the brass and the drum-line pool parties.  I was still asked to come do homework and just shoot the breeze.  I was still asked about how this or that should be played and how much did I like this solo or that ensemble.  I was still a part of the group and I was still the really awesome percussionist that they had befriended at the beginning of the year.  It made me feel really good that my sexuality didn’t affect the chemistry of the group as I had expected that it would.

Going into college, I felt secure in my sexuality.  I was proud to be gay, and coming out to people was something I had done before and something I knew I could do again.  But unfortunately I realized that coming out to people had become easier, but it was still not easy.  In high school, you tell like 3 people and the whole school knows.  In college, you tell 3 people and maybe 5 more people find out.  I found that college wasn’t so much different from high school socially.  People still had their social circles and the people they hung out with.  These groups just seemed to be a lot smaller than in high school and didn’t gossip anywhere near as much.  So it was up to me to come out to everyone I wanted to.  The last person that I recall coming out to was my good friend Tyler.  We had met in Physics 218 and had become good friends and percussion buddies.  It was coming out day and I had decided it was about that time in our friendship.  But I was lame, and scared of what he would think, so I texted him.  “Hey Tyler, there’s something I have to tell you…”  He responded, “What’s up?”  I texted back, “Tyler, today is coming out day, and the person I’ve decided to come out to is you.  I’m gay.”  He didn’t text me back for like 15 minutes.  I thought my life was over.  “So what, you hate me now?” I texted him.  “Oh sorry.  I was riding my bike to the rec and so I didn’t look at my phone till I got there.  No, I don’t hate you.  That’s really cool and I”m honored you decided to come out to me.  Thanks man.”

I don’t regret much in life.  And I must say, I definitely don’t regret the thinking, the pondering, I did in my youth.  I don’t regret the soul searching and the nights spent sitting in my bed awake thinking about who I was.  My experiences have made me who I am.  But my journey isn’t quite over, it’s just getting started, and I look forward to the future with my head held high and my eyes on the night sky.