I read an article in the NY Times titled The M.R.S and the Ph. D. by Stephanie Coontz.  The myth used to be that the higher a woman’s education, the less likely she was able to find a husband.  This may have been true 60 years ago, but it is no longer true today.

Women were often forced to choose between education and marriage.  Seventy-five percent of women who graduated from college before 1900 remained single.  Even in 1950 the percentage of single educated women was higher than for non-educated women.  It is true that some women chose to stay 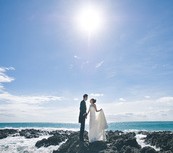 single, but it was also due to the prejudices of men.  It was not seen as a positive trait for a woman to be independent and assertive.

The article went on to say that post WWII dating manuals advised women to play dumb to catch a man.  At that time forty percent of educated women admitted to doing so.  Education and intelligence has moved up in rank in desirable traits men look for in a woman from number 11 in 1939 to number 4 in 2008.  Good cook and housekeeper moved down from number 7 to number 13 in the same time period.

This tells me that men are looking for different things in women today than they were in the past.  Education for women is far more valued today and men are less intimidated by a wife who has more education than he does.  Almost thirty percent of wives today have a higher education than their husbands.  It is also true that men are more willing to help around the house and with the children.  This has led to far more satisfying marriages because women report that having a helpful husband is a very desirable trait.  Men also report feeling less pressure to make more money and enjoy sharing the financial burden.

The article states that today women earn almost 60% of all bachelor’s degrees and more than half of master’s and Ph.D.’s.  This could be because a lot of jobs that are done by a majority of women are teaching, nursing and social work; which require a higher education.  A lot of women are also entering the business and engineering world as well.

In other good news, sexuality researchers Pepper Schwartz and Virginia Rutter report that educated women also get better sex.  They are more likely to receive and as well as give oral sex, to use a greater variety of sexual positions and experience orgasm regularly.  The article also states that some men are still threatened by a woman’s education and achievements.  However, these men tend to measure success in materialistic ways and feel powerful being the

main breadwinner.  It may not be so bad to scare off this type of insecure man.  Those traits in a man usually lead to less marital bliss.

This may be a good time to reject the idea that an ideal man is smarter, richer and more powerful.  The article states that the most important predictor of marital satisfaction for a woman is not how much she looks up to her husband, but how sensitive he is to her emotional needs and how willing he is to help out around the house and with the kids.  Those traits are easier to find in an unassuming male than someone who needs to be the center of attention.

Overall, marriage rates have dropped since 1980, but they have dropped less for educated women.  Also, college educated women are less likely to divorce once they do get married.  Even for women who stay single, those who are more educated are more likely to live the longest, healthiest lives of all groups according to a study in 2002.  Whether you marry or not, education is still very helpful if you want to live a satisfying life.